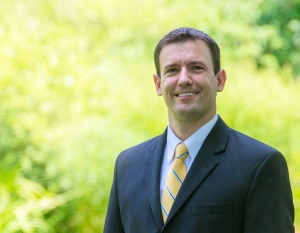 John Murdock, a man well suited for the the outdoors.

That combination may sound a bit odd, perhaps even oxymoronic in today’s cultural climate, but John does not look to cable news or talk radio to define what should or should not make sense.  Better to peer through a biblical lens as best you can and have that shape your politics and cultural engagement, than to look at scripture though glasses pre-tinted red, blue, or green.

John was born and raised in the Bible belted piney woods of East Texas, the son of a paper mill mechanic and a teacher turned stay at home mom.  As a young angler, he was blessed with a small lake in his front yard that produced the occasional five pound bass.  Religiously, John emerged as an evangelical Anglican in adulthood after having being baptized Catholic (like his mom), confirmed Methodist (like his dad), and praying the “sinner’s prayer” (like his Southern Baptist friends).  Smart, and occasionally a smart-aleck, he was the valedictorian of his small high school class before graduating summa cum laude from Texas A&M University and with honors from the University of Texas School of Law.  While in law school he worked for a small tree-hugging law firm, at a river management agency, and for Rick Perry where he assisted the governor’s environmental policy director.

Beginning his federal career in the George W. Bush administration, John served for over a decade as an attorney at the Department of the Interior in Washington, D.C.  There his primary focus was on western water issues with an occasional public land controversy or oil spill thrown in for good measure.  On the side, John was active in the Christian “creation care” movement and was always on the lookout for fellow greenish conservatives.  Given that his job often involved the management of reservoirs and their associated megaton concrete plugs, John would sometimes joke that he “dammed the world by day and tried to save it by night.” 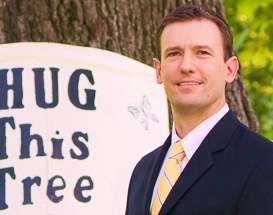 With a gentle nudge from the bulldozer coming to tear down his inside the Beltway townhome, John bid adieu to the bureaucracy to pursue some “make your own sabbatical” time that he hopes will result in a book about Christian environmental stewardship (it could still happen).  For two years, John wrote from his “Wendell Berry starter kit,” a century old farmhouse that his German great-grandparents built in rural South Texas.  Following the typical D.C. to Hallettsville to Pohang career path, John was next known as Professor Murdock at a law school in South Korea.  In 2019, John returned to the United States and to the public sector.  He now lives in Boise, Idaho.  All of his writing reflects his personal opinions and not those of any employer, past or present.

To drop John a line, just use the form below: